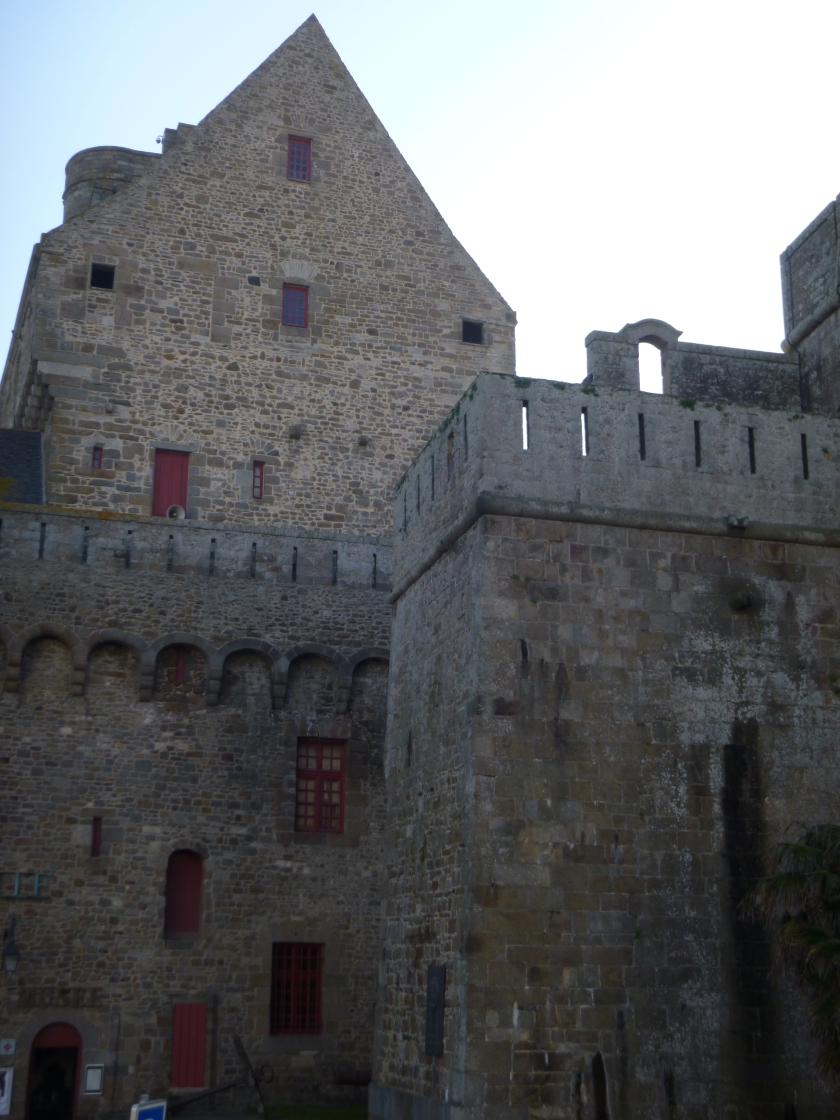 I wish we’d had more time to devote to the old walled city of Saint-Malo. Familiar to Megan and I as the setting for the second half of the captivating WWII novel, All the Light We Cannot See by Anthony Doerr, we felt honored just to be there. This was also the home of Jacques Cartier, who, in 1534, sailed from here to explore the St. Lawrence River, claiming (and naming) Canada for France. We spent our too-short time in the many high quality shops, buying gifts. 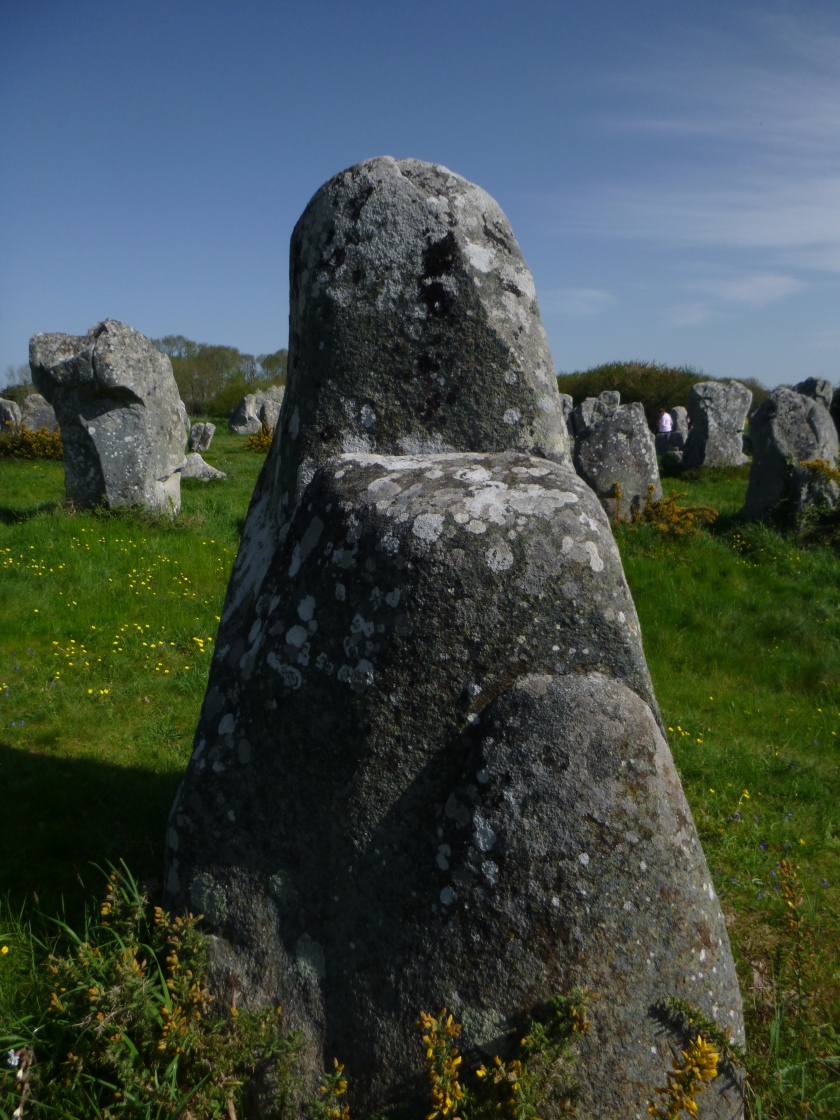 Carnac, which we reached after driving south across Brittany, was one of the areas that Dad most wanted us to experience. Think Stonehenge, but with nearly three thousand prehistoric megaliths, the largest number anywhere in Europe, scattered throughout the countryside. These mysterious, giant standing stones date from as early as 4000 B.C.

We loved our small hotel, Lann Roz, which had a nice patio area and stellar cuisine. Dinner started with three amuse bouche, which we’d first encountered at Le Spinnaker. These surprise treats, courtesy of the chef, included a miniature cup of savory mousse, a cube of smoked salmon and a tiny pastry. From the fixed price menu, I chose langostine cream soup, lamb with new potatoes, and a chocolate, coffee, caramel tart. Heavenly! 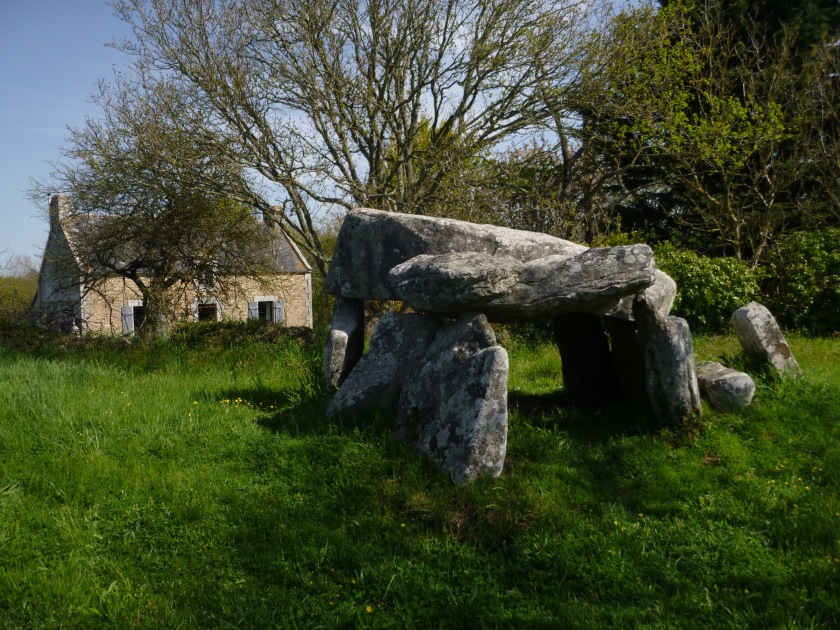 The next morning, we were (or mostly I was) determined to see some of the stones without company. No little trolley trains or fenced in areas for us. So off we went, map in hand, for a driving loop in the country. The route, we discovered, consisted mostly of walking paths and narrow overgrown drives. However, we felt right at home after years of exploring dubious logging roads in northern Maine.

Dad headed our low clearance Opal sedan down a steadily dwindling farm lane, one of its warning sensors dinging in outrage. We saw two not-very-skittish partridge, gorse in full yellow bloom and, at last, three of the vertical standing stones known as menhirs. (The table-like configuration of three stones, as in the top photo above, is a dolmen, often a burial site.) Though their origins are shrouded in mystery, the Carnac stones are believed to have both religious and astronomical significance.

This small chapel is typical of Breton architecture, clean and white and simple. The weather, as you can see, continued to be totally unlike the rainy cold we’d anticipated. The temperatures around 80 degrees F. were near record highs, and I was glad to have brought some sleeveless tops. Leaving Carnac in the noon heat, we headed east toward the Loire Valley, where chateaux and wine awaited.