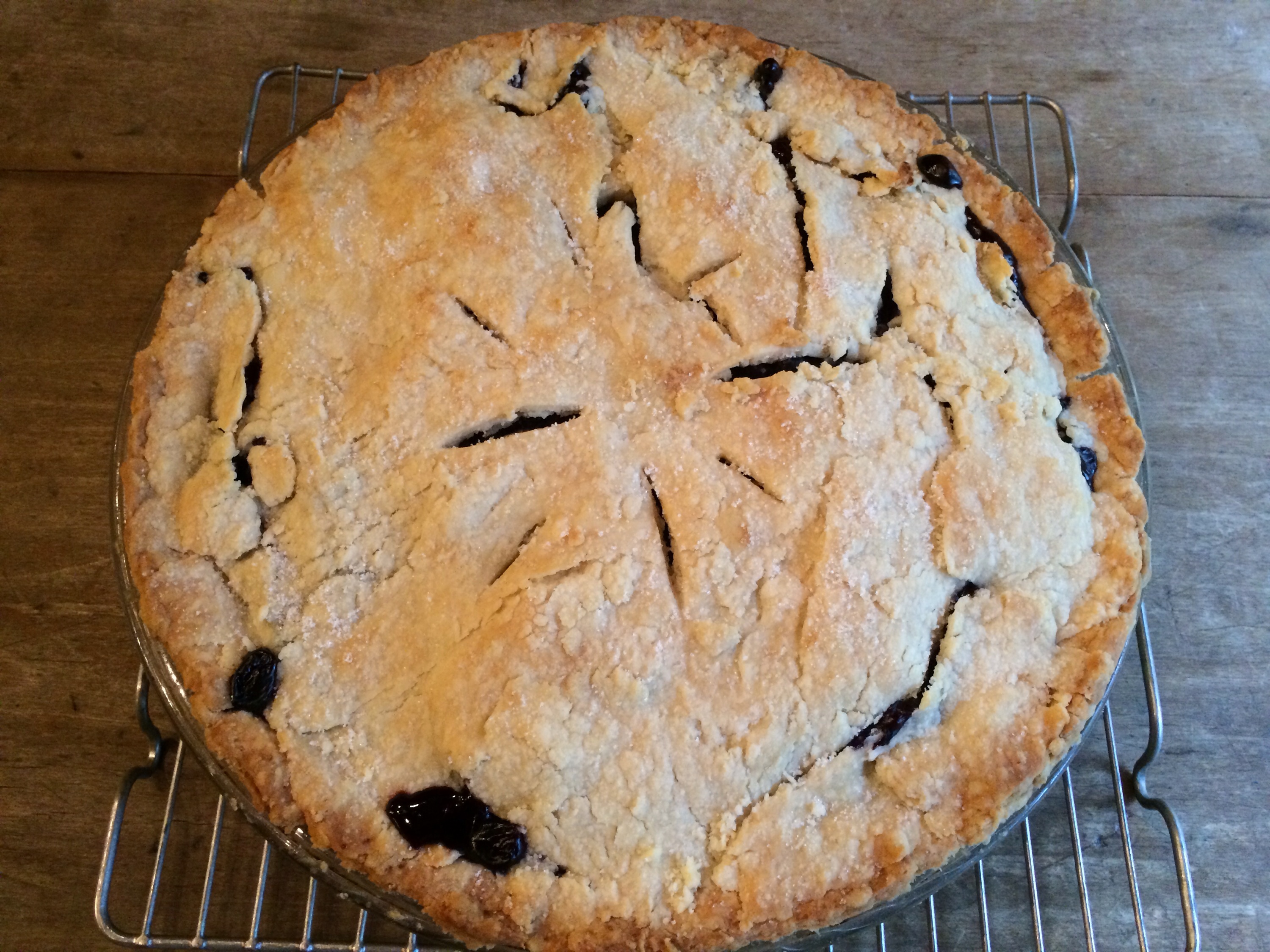 There’s plenty of time for reflection when you’re making a wild Maine blueberry pie from scratch. Up on the hill behind our house, at least this summer, there’s a good patch of berries, at the peak of ripeness. Dad’s been wishing for a pie, so I pulled out the cookbook to see how many berries it would take – five cups – then started picking.

Big berries, tiny berries, blue ones and black, they slowly began to fill my bucket. My hands fell into a rhythm, getting less fussy about stripping off a cluster at a time, including a few that were less than perfect. After all, they were soon going to be bubbling in a piecrust. My mind drifted. Long ago, people had harvested the summer’s bounty just as I was. Not concerned about perfection, but about feeding their families.

Later, I washed the berries, then picked them over, a handful at a time, pulling out the leaves, finding stubborn stems still clinging here and there. I felt proud to be baking my first blueberry pie from my own berries. The sun and heat had gotten me tired, so I sat for a few minutes rereading the recipe. Sugar, flour, lemon juice, and cinnamon would all go in with the berries, then I’d make the same homemade crust as for my apple pie.

As I measured out the sugar, I happened to glance into the bowl.

“Oh, I missed a couple of stems!’ was my first thought. Then those stems, thin and reddish-green, began to wiggle and crawl across the glistening blue berries. Two tiny worms, hunching their way across my pretty bowl of blueberries! After close examination, I think I found seven, enough to make me hesitate before blithely dumping in the sugar. Mom and Dad didn’t seem concerned, though, so I plunged ahead.

I cut the shortening into the flour, still thinking about long-ago pies. My great-grandmother, Grandma Searls, had lived in the Jersey Pine Barrens, with blueberries in her yard. I remember picking them there. For her pie crusts, way back when, she’d collected fat from cooking, her favorite being chicken fat. It wouldn’t have looked anything like the pure white uniformity of my can of Crisco, but her pies were delicious.

Then it was time to roll out the piecrust, and I knew from experience not to even hope for perfection there. The bottom crust cooperated and was soon filled with berries dotted with pats of butter. The top crust bore a much closer resemblance to a patchwork quilt. Tomorrow, though, when we have it for breakfast, that pie will be perfect!