The ship’s gentle roll surprised me, when I woke in the dark hours of that first night onboard. So, too, did the power of the mighty churning wake evaporating behind us as we headed north in the morning’s early glow. I was finding the details of this new life fascinating: the grand and elegant atrium, the Indonesian crew in their crisp uniforms, the formal service (think someone tucking your napkin in your lap for you), and even the rather sobering lifeboat drill.

Our first port of call, on the other hand, was a familiar old friend. Bar Harbor, home to Acadia National Park, is close to our home on the coast of Maine and I have often camped and hiked there. This time, though, I would arrive in style and have the fun of introducing the park to new friends, Bob and Kerrell Lincoln from British Columbia.

Although Acadia’s Cadillac Mountain is the highest point on the east coast of the United States, I suggested climbing The Beehive instead. Its narrow path and frequent boulder scrambles carry you upward 470 feet (as measured by Bob’s GPS). In places, the glacially scarred reddish granite forms steps; in others, there are solid iron rungs and handles to anchor you reassuringly to the path. It is not surprising that an early area industry was granite quarrying. 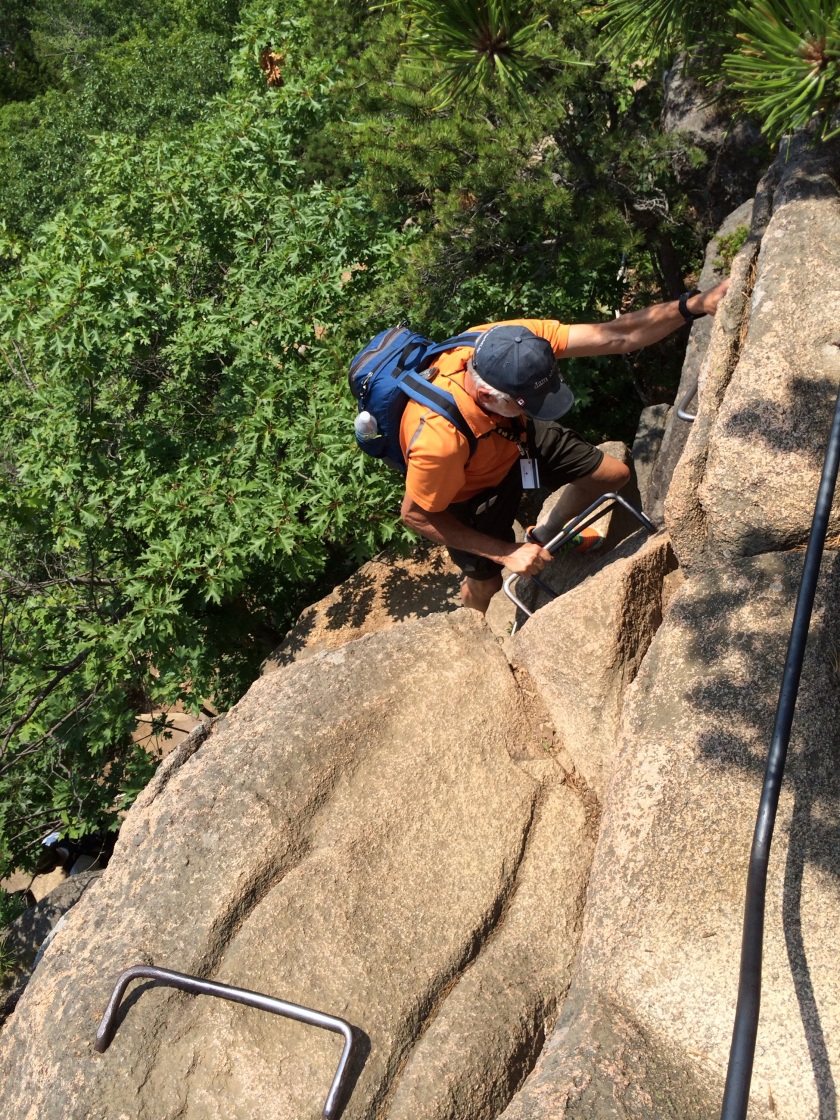 This well-built historic trail is one of many constructed in the early 20th century by community volunteers. As I grasped the trunk of a pitch pine later to slow my downward descent, I marveled at the worn smoothness of the bark, witness to the touch of so many through the years. I quickly felt the trunk down low and found the contrasting roughness I expected.

After walking some more to the mere whisper of Thunder Hole, there was only time for a quick look around town before catching a tender back to the ship for some awesome happy hour crab cakes.